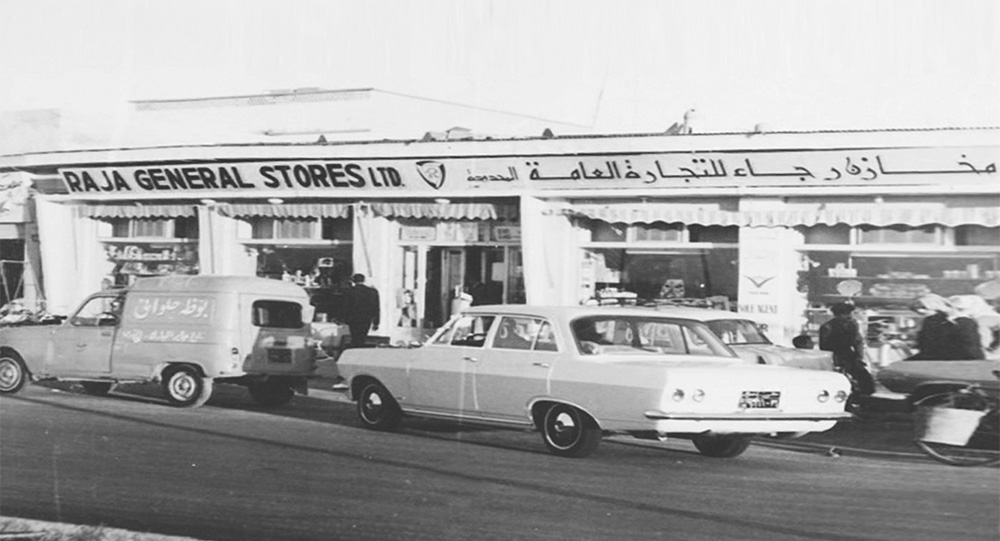 “Carry your own basket on your own head. Give it to someone else and when he’s gone the basket is gone.” That sage advice was taught to Rohit Mirchandani as a young man, and he passed it along to me recently while we enjoyed pasta from his kitchen at Pizza Inn. Fortunately for Rohit, and for the people who benefit from his numerous enterprises, he accepted that advice without question, and many years later he’s still carrying his own basket. Born in Kuwait, Rohit grew up in the shadow of a man who gave him plenty of advice. In the 1950s, Govind Mirchandani boarded a boat in India and arrived in Kuwait eight days later. He came in search of opportunity - for the privilege of sending money home - and he found his bounty in Kuwait’s retail market. “God knocks on everyone’s door,” Govind often said, “but most people are too lazy to get up and answer it.” Govind opened a small shop and nurtured it into one of Kuwait’s bestknown department stores, Raja Stores, selling gifts, toys, perfumes, clothing, tailoring, books, greeting cards - even Kuwait’s first video club. Business was booming at the time of the Iraqi invasion, but then Govind was forced to shutter the store and return to India. His son, Rohit, was studying in the USA, and another son, Mohit, was studying in India.

“My father wasn’t in favor of me going to the United States to study,” explained Rohit. “His fear was that I would never return, but I promised I would.” And he did after earning a bachelor’s degree and an MBA. In fact, Rohit joined his family in India in 1990, and then returned to Kuwait in the summer of 1991 to help his father and brother rebuild the family’s enterprise. Imagine the horror when Govind returned to Kuwait and found Raja Stores in a shambles. He had welded shut the doors, but still the Iraqis ransacked the place. “Everything was destroyed - the watches and videos were stolen - but they didn’t touch the greeting cards,” recalled Rohit. Apparently the Iraqis had no use for greeting cards, but to Govind and his sons, those cards represented another knock on the door.

Raja Stores was not far from the Catholic cathedral in Kuwait, and even following the invasion, the cathedral was one of Kuwait’s busiest landmarks on weekends. “Our greeting card supply included Christmas cards,” Rohit explained, “and so I suggested to my father that we stand outside the cathedral and sell packages of ten cards for one KD each. We had only Christmas cards in Kuwait that year!” That remarkable idea raised 3,500 KD, and Govind used the money to buy inventory for Raja Stores and to begin again. It took the family about eight months to get the store back to normal.

But working in a department store didn’t satisfy Rohit’s entrepreneurial itch, so he asked his father if he could pursue another profession. His father agreed, but initially, in spite of Rohit’s education, there were no offers. Finally a member of Raja Stores’ video club helped him get a clerk’s position at Petrochemical Industries Company, and later he advanced into the marketing department. For nine years he worked from 7 am to 3 pm, carrying his own basket. When he went home at night, he continued to carry his basket as he searched for business opportunities that he could acquire and operate. He became a distributor of safety glasses, which he sold to contractors, ministries and oil companies. That single product eventually led him to 35 more products, and to establish Safety Plus, which is a market leader in the Middle East, selling a variety of brands that promote health, safety, environment and security. Through the years, Rohit started or acquired other businesses including a kitchen company, a training company, a contracting company, a hardware company, a rig supplier, an IT solutions company, a coffee supply company, and a cafe.

His dream business, however, was a restaurant. Rohit had worked at Chick-fil-A in Texas while attending college, and he liked the food business, so in the mid-1990s he wrote to Little Caesar’s to inquire about opening pizza shops in Kuwait. However, the investment was greater than he had anticipated, and in spite of his family’s financial support, he decided to wait until he had enough money to finance the franchise on his own. That opportunity arrived in 2007 when he brought Pizza Inn to Kuwait and became the first Indian to operate an American franchise brand locally. Texas-based Pizza Inn is known for a quality product and a casual dining environment. Currently, there are three Pizza Inn locations in Kuwait, and Rohit plans to open a half-dozen more. While the Mirchandani family has been in business in Kuwait for more than 50 years (sadly, Govind was killed in a Kuwait automobile accident), it seems that Rohit is just getting started. He’s developing new product lines, hiring and training employees, and managing an impressive portfolio of businesses that provide products and services to the expanding Kuwait market. He plans to sub-franchise his pizza and cafe businesses, but not until he can find some extra space in his basket!