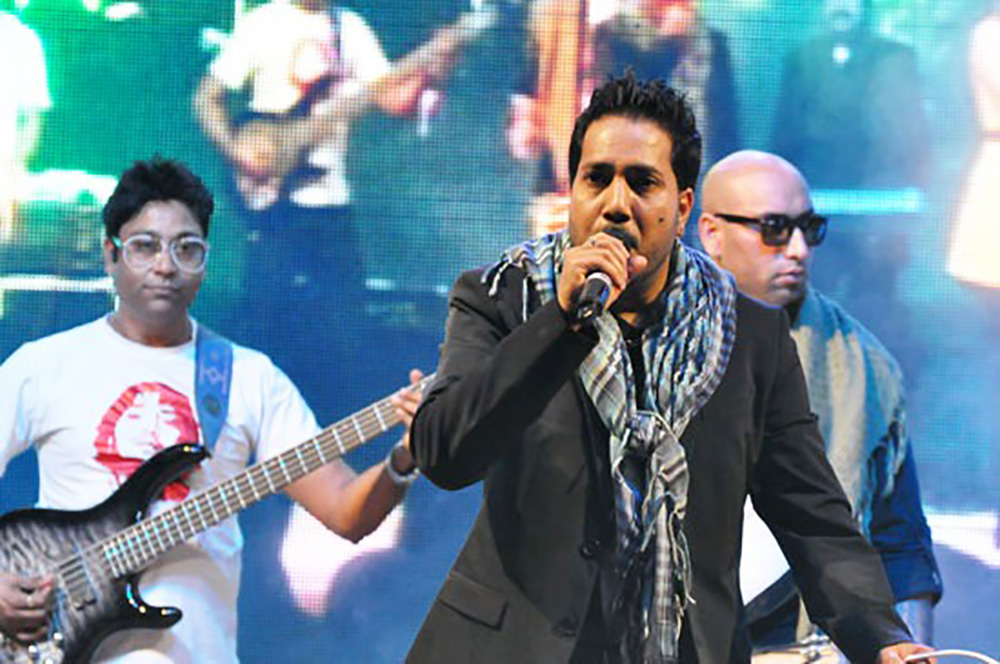 The star of the evening took the stage with his super hit song ‘chinta ta ta chita chita’ from Rowdy Rathore, amdist high voltage sound, glittering lights, two beautiful female vocal singers, live musicians and packed audience. The crowd jumped from their seats and cheered on with joy unbound. It was exactly what the entire audience had been waiting - the grand entry of Mika Singh.

The concert, touted as the ‘Biggest Asian Show of the Year’ was organized by Creative Indians Association and Raja Company WLL at the Abbas Al-Ostad Hall located in the Al-Arabi Stadium, Mansouriya on Friday April 12, from 7:30 pm onwards. Prashanth D’Souza, president of Creative Indian Association and a veteran in organizing events in Kuwait had joined hands with Rohit G Mirchandani, MD of Raja Company to bring this mega event to Kuwait.

After light music by DJ Flames, the main program kicked off at 7.30 pm with the national anthems of Kuwait and India. Comperes of the evening Lloyd John, Merwin Pereira and Nita Bhatkar introduced the show, followed by foot-tapping group dances performed by Kuwait’s well-known The Dancing Divas (Choreographer Jyoti Patel), Fusion Dance Academy and Break House.

Prashanth D’Souza along with Rohit G Mirchandani felicitated the sponsors with mementoes. As a formal inauguration, Indian Embassy Charge D’Affairs Vidu Nair inaugurated the souvenir in the presence of Prashanth D’souza and Rohit G Mirchandani and also spoke a few words on the program. Lucky winners on entry ticket were given gift vouchers by one of the sponsors Trendz Salon. The platinum sponsor Zain gave three iPhone5 to the lucky winners. They also introduced a special promotion to Indian community which includes monthly free international calls and SMS to India.

Mika Singh is a prolific singer, composer, performer and song writer who has belted out many chart busters from his private albums and Bollywood films. He is considered a highly acclaimed musician, and most of all a ‘Powerhouse Entertainer’. Having performed globally, his audiences dance to his hit tracks, irrespective of their age and nationality. Once Mika Singh took over the stage, he had the audience spell-bound. The visiting troupe consisted of Deepak on rhythm, Ravi Pawar on keyboard and violin, Amar on guitar, Harry on keyboard, Gassi on drums and Raman Kapoor on keyboards. They gave marvelous company to Mika’s vocals. 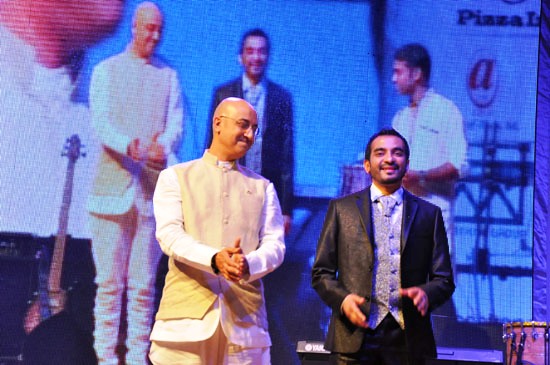 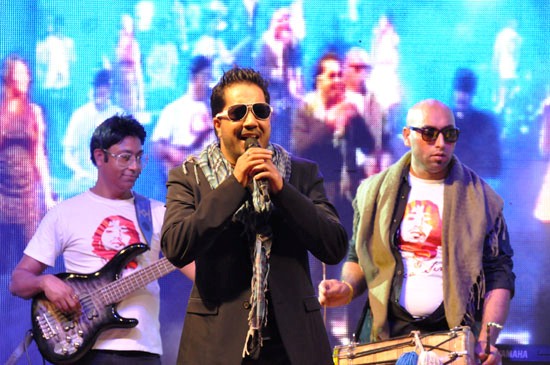 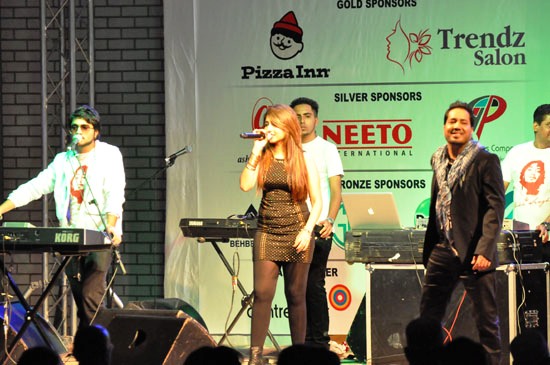 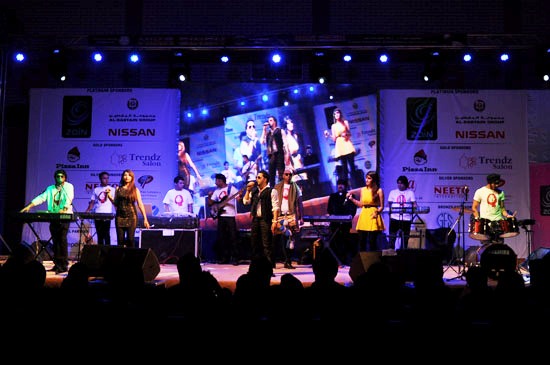 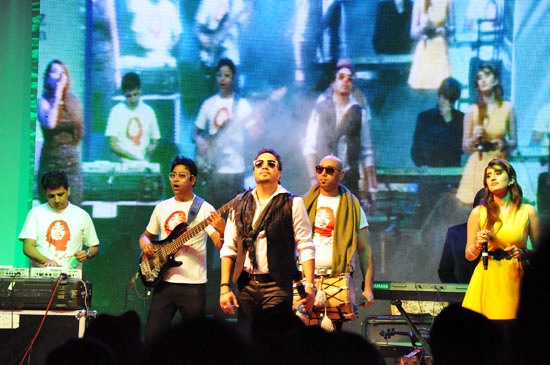 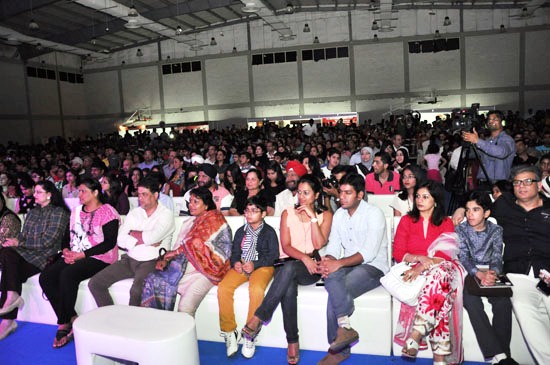 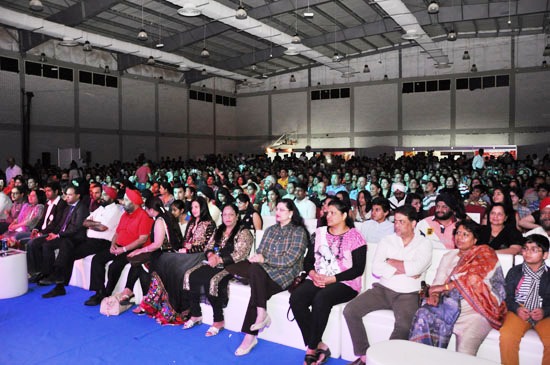 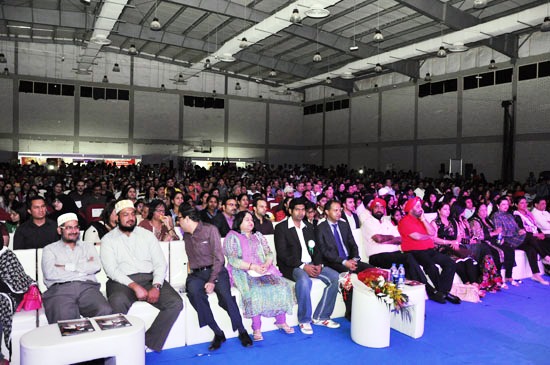 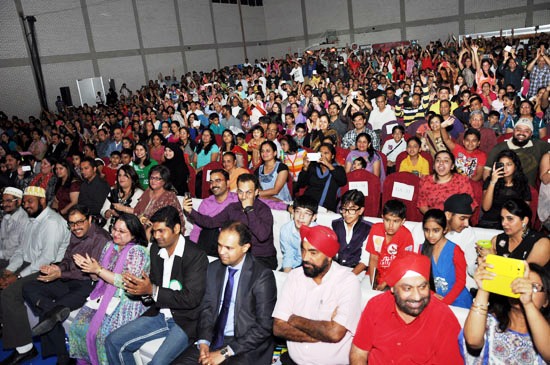 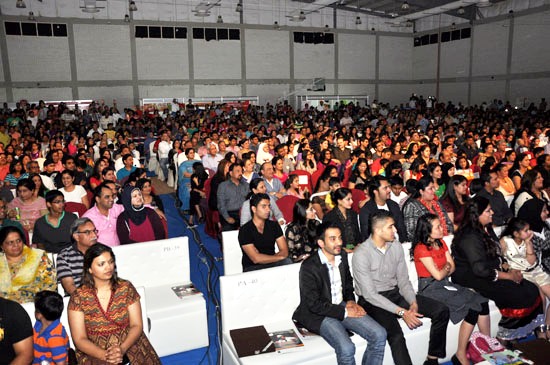